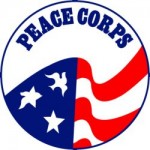 FACTS about Peace Corps at Bucknell:

Please join us for a Peace Corps Panel to hear Return Peace Corp Volunteers, who work at Bucknell, share their stories. Professor Stamos, whose daughter served in the Dominican Republic from 2002 to 2004, will moderate the panel and share his own daughter’s experiences alongside Mary Jean Moser (Library & IT) and Robert Rosenberg (English Department).

Posted by Megan on February 18, 2010
Comments Off on The toughest job you’ll ever love – Learn more from returned Peace Corps Volunteers